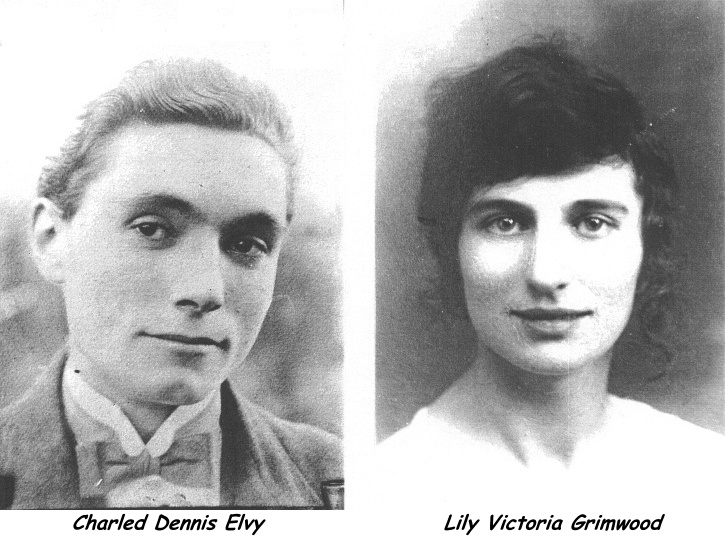 Charles Dennis was born at 22 Queens Road, Walthamstow. By all accounts he was a very gifted piano player and could immitate the style of contemporary pianists. Apparently, when he was still very young, two strangers knocked on the front door of his parents' home in London on hearing his playing through the window. They offered to take the young boy to America where, they said, they would make him famous. Fortunately, his parents did not accept the offer.

He started as Pianomaker apprentice with Collingwood's Ltd. (now Chapell's?) and then worked for them as pianomaker. He was known for his very fine ear for music and was reputedly the best piano tuner in London. Years later, he would recall a story to his two daughters Barbara and Freda that Al Capone once came to stay at Clarence's in London. Planning an evening with friends, Al Capone asked for the best tuner in London to be brought to tune the grand piano in his Hotel suite. Collingwood's were called and they sent Charles. At this time, Al Capone already had an international reputation for being a ganster. Charles recalled that Al Capone stood in front of him after he had tuned the piano, and reached into his inside jacket pocket. Fearing that he was about to be shot for not having tuned the piano to Al Capone's satisfaction, he was immensely releaved to see "the most beautiful white silk handkerchief I have ever seen" pulled out of the jacket.

Charles worked at Collingwood's until about 1936 when the company found itself in financial difficulties due to a drastic decline in piano sales when radios came into general use. Like many of his colleagues, Charles was made redundant.

Charles then started out self-employed repairing and tuning pianos. At the start of the War in 1939, he was called up by the government and given the choice of 'doing his bit' by joining the Fire Brigade or the Police Force. He chose the Police Force as he suffered from claustrophibia. He was discharged in 1943 before the end of the War because of heart trouble.

With a little financial help from his brother-in-law Robert Woodward (uncle Bob) who worked as Telephone Engineer, he started the firm "Elvy Pianos Ltd." for repairs and sales of pianos. Within a year he had paid back his loan.

As wedding gift to his eldest daughter Barbara, Charles gave a beautiful Pleyel Boudoir Grand piano, the best piano in his shop. This piano is now in the home of Barbara's youngest son where it is still played daily.