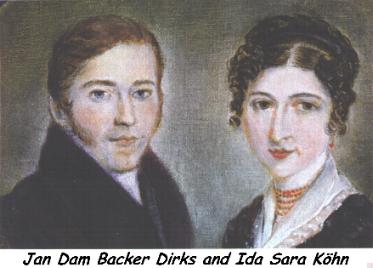 His father Jacobus Johannes had recently been appointed Lutheran Preacher at Groningen. For this purpose, he had to move from de Rijp, where he was currently Preacher, to Groningen. It may be that the new home was not yet ready, in any case his mother Anna Dorothea Dam went to her parents in Dordrecht for the birth of her second son Jan Dam, whom they named after her father. And so it was that Jan Dam first saw the light of day in Dordrecht, in the city where a great part of his later life would unfold.

The events that led to the name Backer Dirks began in April 1813. Jan Dam Dirks' first cousin, Jan Dam Backer from Dordrecht, was called up to train as Officer at the newly established Gardes d’Honneur corps in Napoleon's army. The family Backer, and probably also Jan Dam Backer himself, were very worried and sought all possibilities for Jan Dam to be released from this duty. Finally, Jan Dam Dirks, who was very fond of his relatives in Dordrecht and frequently stayed with them on visits, said that he would not mind standing in for his cousin. In this way he could become an Officer directly, avoiding the danger of his own conscription into the ordinary ranks of Napoleon's army. Undoubtedly, the adventure was also a great temptation in comparison with the monotonous life that he led as land surveyor in Drente. A big problem was that the date for the forthcoming conscription into the Office corps was already very close and Jan Dam Dirks' offer to stand in for his cousin Jan Dam Backer was repeatedly declined by the French authorities. For this reason the two, accompanied by their Uncle Vijgh, went on the road to Metz where Jan Dam Backer was to register. After encountering many problems, it appears that they decided to both called themselves Jan Dam Backer Dirks to make the switch easier. However, after having spent considerable time in Metz, during which time Napoleon's defeats and the resistance in the Netherlands had so changed the political climate, they decided to return home.

In 1890, Jacobus Johannes Backer Dirks, the son of Jan Dam Dirks, wrote this story in great detail in a booklet called "Uit den Franschen Tijd" ("From the French Times"). He still had in his possession many letters and official documents, and also the diary of his Aunt, Jan Dam Backer's mother, which contained much detail of this time.

When Jan Dam Dirks was finally able to return to Deventer on the 14th January 1814, his 18th Birthday!, it appeared that his mother Anna Dirks had died just two weeks earlier. His father, the Preacher Jacobus Johannes Dirks, had already died in 1804 and for this reason Anna Dirks had chosen foster parents in her Will for those of her children who were still minors. These foster parents were her sister Maria Backer-Dam and her husband Hilmar Johannes Backer from Dordrecht, the parents of Jan Dam Backer with whom her son had just returned from Metz. When she knew she was soon to die, Deventer was still under siege and isolated. For this reason she now indicated two people from Deventer as temporary foster parents, the Pharmacist Thomas Kroon and the Master Painter Barend Hagens, until her sister Maria brother-in-law Hilmar Backer could take over this task. Anna's eldest son, Jacob, was already of age, but her three other children Jan Dam, Hilmar and Justus were still only 18, 14 and 11 years old. So these three were taken in and looked after in the large family of Hilmar and Maria Backer, who already had ten children of their own. 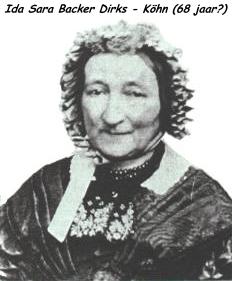 Jan Dam held on to the name Backer with his own surname, no doubt in appreciation for and gratitude towards his foster parents. Because he had only assumed the name Backer Dirks in 1813 and had still called himself Dirks at the first official Napoleonic registration in 1811, his four children later experienced legal problems when bearing the name Backer Dirks. Three of them reverted back to Dirks and only Jacobus Johannes later officially took on the name Backer Dirks because all his examinations and previous jobs had been registered under this name.

Before undertaking the journey to Metz with his cousin, Jan Dam worked as Registrar at the Land Registry in Groningen. On their return he worked at the Land Registry in Dordrecht. Later he became Pharmacist, presumably because his father-in-law was pharmacist in Dordrecht. By the time Jan Dam married, his father-in-law had already died and it is probable that he then went to work in this pharmacy. In 1947 this business still existed.

Jan Dam Backer Dirks had four children but only his eldest son had descendants. 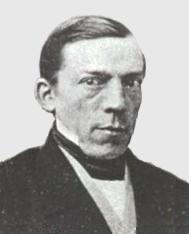 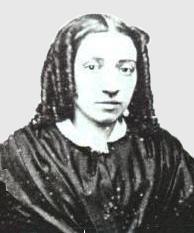 Jacobus Johannes Backer Dirks is the eldest son, the first person to be born Backer Dirks. He married Anna Maria Clasina Thierens . The Backer Dirks family stems from him.

Petronella Catharina Dirks remained unmarried. In 1883, aged 55, she was placed under care. She went to the St Joris Hostel in Delft where she died 12 years later aged 67. From the medical reports of her illness it appears that in later life she began to suffer from an uninheritable (we hope!) mental disturbance. 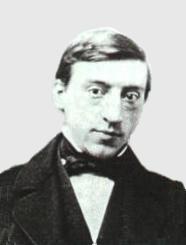 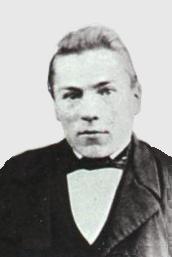